Alright so I'm sure most of you have heard of the TLC show 90 Day Fiance. The way I heard of it was flipping through channels and it seemed interesting so I watched it and now I'm hooked. Originally, I did a whole in-depth synopsis of each couple and my opinion of them being on the show, but the seasons have moved so fast that they are pretty much yesterday's news. Instead, I will go through and digest the show and my thoughts about it, in general.

The show is basically about an American finding a foreigner and wanting to either meet (90 Day Fiance: Before the 90 Days) or get married (the rest of the 90 Day Fiance shows). Basically, when you want to bring a foreigner over as a spouse, they will out the K-1 visa and if approved, have 90 days to get married to you or else they go back and you have to pay thousands of dollars to do the whole process over again. This show films that process and how the couples are getting to know each other, planning the wedding, living together, etc.

Most of them, I would say about 95% of them, have overcome several obstacles and continue to do so after marriage. The cultural differences are usually vast between families and it causes tension and disagreements. My personal opinion on this, is that it is caused because of misunderstanding. Being bilingual, I know that sometimes the way I say something in one language can come across offensive in another when it truly isn't. I know being raised with my culture, we are very blunt and to the point, whereas in American culture, a lot of things are sugar coated. A great example is calling somebody fat. In my culture, it is what it is. If you are fat and somebody calls you fat, there's really nothing you can do or say since you know you are that way so it's just brushed off. Now, in American culture, being fat has been tied to being unattractive so when you are called fat by somebody, it's extremely offensive. You can imagine the differences between two different cultural families and the things they may say to one another thinking one is being offensive to the other, when in fact, that's not the case. I think to truly marry somebody from another culture, you have to be 100% accepting and understanding of their culture, otherwise you will continue to have problems. I think it's doable, but difficult. The show shows just how difficult it can be for each couple.

Another thing is the different living conditions outside of the U.S. Now, there are some foreigners that would love to come to America for a better life. I 100% understand and support that, however, I support it being on the right terms. I hope somebody finds true love and is able to live a better life, rather than only wanting them for the money. What a lot of Americans don't understand is the real life living condition of these 3rd world countries. They sleep in a 1 bedroom apartment with a family of 5+. They sometimes don't have running water. They don't have enough money to always be able to eat. This is something most Americans have never experienced so they can't relate. When I see the foreigners wanting to have a better life, they touch a piece of my heart because I can truly relate to that.

Before I write a book here, I think I will just stop here. I think this gives a good picture of what the show is and what I have seen and understood from it. I hope if you haven't watched that you get a chance to because although there is a lot to learn, it is super entertaining to watch. Have you watched it? What do you think of it?! 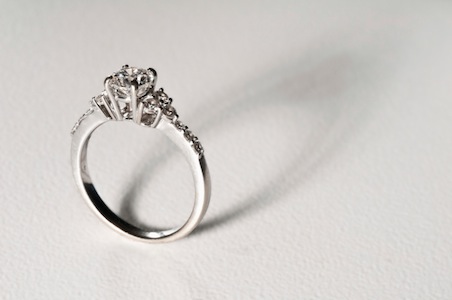