I don't drink, but I do love me some Hangover RX! It's literally my go-to makeup primer and I'm so happy I finally found it because I'm not a fan of primers whatsoever. In fact, I don't like primers so much that I usually just put makeup on without any primer beforehand. I am very thankful that my skin is okay with this because I know most girls would have blemishes pop up everywhere if they didn't prime their skin beforehand. 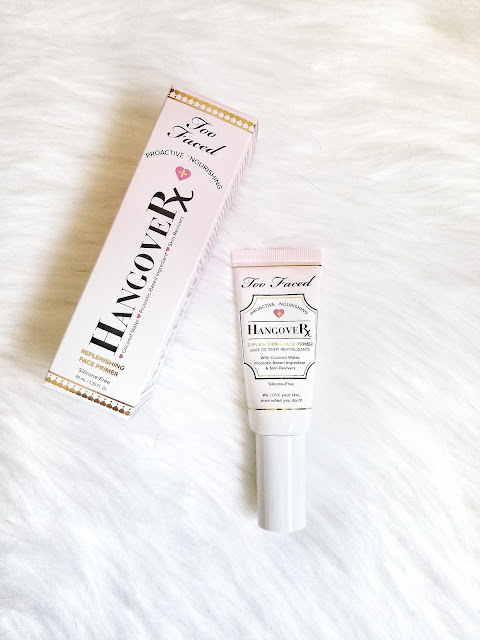 I was able to get a sample of it and I totally fell in love. It was very smooth and more liquid-y than most primers. My favorite was that it has a coconut scent to it. I will admit that at first, I was not a big fan of it, just because I was use to primer being thick, but once I started using it more frequently, it became my go-to primer. I would even go to the extent to say that it is also a moisturizer because it really refreshes my skin once I put it on.

If you're unsure about this being applied on your skin, I highly recommend heading over to Sephora and asking them for a sample. If this is something that is truly not for your skin type, having a sample to test it out first will help you out tremendously. For me, when I put it on, it seems to really seep into my skin instead of just having a thick layer lay on top of my skin. If that's something that you're into, I don't recommend this product, but if you're wanting to explore, I recommend to try the Hangover RX! 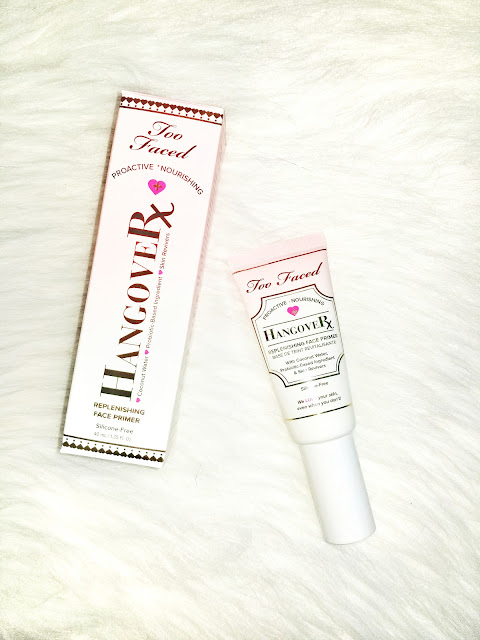